We empower parents and caregivers with the safest, most effective method to clear your family of head lice.   With over 850,000 treatments performed with less than 1% of our clients needing to be re-treated -we stand behind our Signature AirAllé® Treatment for 14 days. 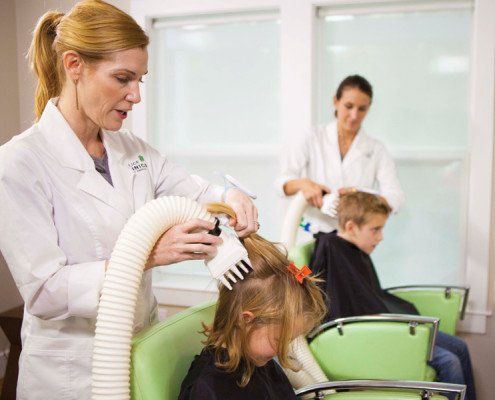 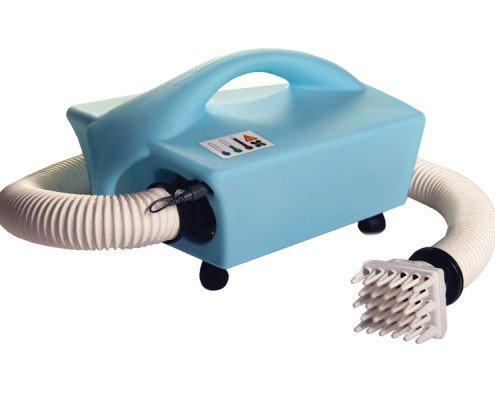 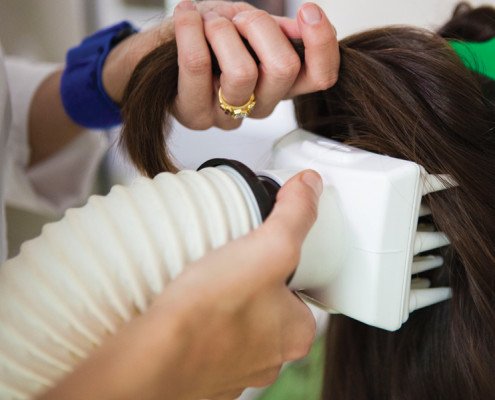 Effectively treating lice has become fast and safe with the AirAllé® device. Our FDA-cleared** medical device blows heated air through its applicator tip along the scalp and hair shafts at a higher flow (but cooler temperature) than a hair dryer.

A unique, single-use applicator tip specially designed to penetrate beyond the insulating layer of hair is used to lift the hair slightly while directing airflow right onto lice and eggs which tend to be located near the scalp and hair roots.

No pesticides, no toxins

A specific, timed treatment pattern is followed to ensure all areas of the head are treated. No pesticides or other chemicals are used in the therapy; just heated air.

As such, when they are exposed to the right amount of heated air at the right temperature and for the right length of time, they dry out and die. Basically, the device dehydrates/dries out lice and their eggs.

Traditional drug store lice products do not kill lice eggs. However, our FDA-cleared device** is so effective at killing lice eggs, the chances of needing a follow-up treatment are very small.

The AirAllé® device concept originated in the laboratory of Dr. Dale Clayton at the University of Utah, where he is a professor in the Department of Biology.

When his elementary school children contracted head lice, he thought it might be possible to control by reducing the level of humidity near the scalp. The question was how to accomplish this trick.

The culmination, of years of work and prototypes, was the publication in 2006 of a paper in the journal Pediatrics along with a press release by the University of Utah generated a feeding frenzy of worldwide media attention that validated widespread interest in such a device, and the critical need for it.

A follow-up study was published in the Journal of Medical Entomology that showed the LouseBuster (which is now the AirAllé® Lice Device) was highly effective at killing lice and eggs. Subsequently, the FDA cleared the AirAllé® for head lice treatment**.

In a clinical report on head lice by the American Academy of Pediatrics (Pediatrics volume 135, number 5, May 2015), the AirAllé® device was listed as the only device to kill lice and eggs through desiccation. It stated regular blow dryers should not be used for treating lice.

March 2015 survey of professional lice clinics, clinic owners reported successful treatments in a single visit over 99 percent of the time, on average, when using the AirAllé® device.